(In U.S. dollars unless otherwise noted)

Richmond Mountain is a Carlin-style gold project located in the Eureka district of central Nevada. The Eureka district hosts both Cretaceous age base metal mineralization as well as younger, Eocene age Carlin-style mineralization and is one of a select few districts with multi-million-ounce Carlin-style gold deposits in the state¹. The Project was acquired by EMX and despite being within an established district has undergone only limited work consisting of geochemical sampling and a shallow reconnaissance drill program which did not test the key target area. The Eureka district has recently seen a resurgence in major exploration activity with the acquisition of the past producing Ruby Hill Mine by i-80 Gold Corp. in 2021, and recent work by other junior companies in the remainder of the district.

The Agreement with Stallion represents EMX’s execution of the 13th option agreement for western USA gold projects since 2020. Richmond Mountain is a good example of the royalty generation aspect of EMX’s business model, whereby prospective ground within a major Nevada gold district was identified, acquired inexpensively via staking open ground, and then partnered for exploration advancement at no additional cost to EMX. The Company will also maintain exposure to exploration success upon Stallion’s option exercise with pre-production payments and a retained royalty interest.

Commercial Terms Overview. Pursuant to the Agreement, Stallion can earn 100% interest in the Project by: (a) making execution and option payments totaling $500,000 over a five-year option period, and (b) completing $1,500,000 in exploration expenditures before the fifth anniversary of the Agreement.

Upon Stallion’s option exercise and earn-in, EMX will retain a 4% NSR royalty interest on the Project. Stallion may buy back up to a total of one and one-half percent (1.5%) of the royalty by first completing an initial half-percent (0.5%) royalty buyback for a payment of $750,000 to the Company prior to the third anniversary of the option exercise.  If the first buyback is completed, Stallion may purchase an additional 0.5% for $1,000,000, and a third 0.5% increment for $1,200,000 at any time prior to commercial production. Beginning on the first anniversary of the option exercise, Stallion will also make annual advance royalty (“AAR”) payments of $100,000.

Richmond Mountain Overview. The Richmond Mountain project is located at the southern end of the Battle Mountain-Eureka trend and consists of 117 unpatented lode mining claims covering 9.6 square kilometers (Figure 1). Carlin-style mineralization consisting of jasperoid and decalcified carbonate-bearing rocks outcrop on the southern portion of the property within a north-south oriented structural feeder zone. This structural zone is subparallel and analogous to other structures that host Carlin-style gold mineralization elsewhere within the Eureka district. Examples include Lookout Mountain, Windfall, and the Ruby Hill Mine and Archimedes² open pit where the younger, mineralized Eocene structures cut and overprint Cretaceous iron and base metal-rich skarn and carbonate replacement mineralization.

A key target at the Richmond Mountain project is where outcropping mineralized structures plunge northward on the Project under post-mineral cover and trending towards the eastern boundary of the Cretaceous Graveyard Flats intrusion and related contact aureole.  The contact aureole hosts base metal mineralization elsewhere in the district and represents a compelling target environment. In addition, the older base metal mineralization and related reduced-iron rich rocks in the contact aureole could provide a chemical trap for the younger, gold-rich fluids resulting in potentially higher grades.

Previous work on the Project has outlined outcropping drill targets through soil and rock chip geochemistry in the south, and CSAMT geophysical surveys in the north that indicate prospective host units are within reasonable target depths. Two shallow drill holes (i.e., < 500 m) were completed on the western side of the property by a previous partner that did not penetrate post-mineral cover, suggesting the concealed target area remains entirely untested. In addition, prospective host rocks are interpreted to become more shallow from west to east across the Project.

EMX regards the Richmond Mountain project as a highly prospective gold project within a Nevada Carlin-style district which hosts a significant upper tier mining operation at Ruby Hill and is significantly underexplored relative to similar districts in Nevada. The Company looks forward to the Stallion team testing the target concepts in the near term.

More information on the Project can be found at www.EMXroyalty.com.

Comments on Nearby Deposits and Mines. The nearby deposits and mines provide geologic context for EMX’s Project, but this is not necessarily indicative that the Project hosts similar tonnages or grades of mineralization.

Michael P. Sheehan, CPG, a Qualified Person as defined by National Instrument 43-101 and employee of the Company, has reviewed, verified and approved the disclosure of the technical information contained in this news release.

About EMX.  EMX is a precious, base and battery metals royalty company. EMX’s investors are provided with discovery, development, and commodity price optionality, while limiting exposure to risks inherent to operating companies. The Company’s common shares are listed on the NYSE American Exchange and TSX Venture Exchange under the symbol “EMX”, and also trade on the Frankfurt exchange under the symbol “6E9”. Please see www.EMXroyalty.com for more information.

Forward-Looking Statements
This news release may contain “forward looking statements” that reflect the Company’s current expectations and projections about its future results. These forward-looking statements may include statements regarding perceived merit of properties, exploration results and budgets, mineral reserves and resource estimates, work programs, capital expenditures, timelines, strategic plans, market prices for precious and base metal, or other statements that are not statements of fact. When used in this news release, words such as “estimate,” “intend,” “expect,” “anticipate,” “will”, “believe”, “potential”  and similar expressions are intended to identify forward-looking statements, which, by their very nature, are not guarantees of the Company’s future operational or financial performance, and are subject to risks and uncertainties and other factors that could cause the Company’s actual results, performance, prospects or opportunities to differ materially from those expressed in, or implied by, these forward-looking statements. These risks, uncertainties and factors may include, but are not limited to unavailability of financing, failure to identify commercially viable mineral reserves, fluctuations in the market valuation for commodities, difficulties in obtaining required approvals for the development of a mineral project, increased regulatory compliance costs, expectations of project funding by joint venture partners and other factors.

Readers are cautioned not to place undue reliance on these forward-looking statements, which speak only as of the date of this news release or as of the date otherwise specifically indicated herein.  Due to risks and uncertainties, including the risks and uncertainties identified in this news release, and other risk factors and forward-looking statements listed in the Company’s MD&A for the quarter ended March 31, 2022 (the “MD&A”), and the most recently filed Annual Information Form (“AIF”) for the year ended December 31, 2021, actual events may differ materially from current expectations. More information about the Company, including the MD&A, the AIF and financial statements of the Company, is available on SEDAR at www.sedar.com and on the SEC’s EDGAR website at www.sec.gov. 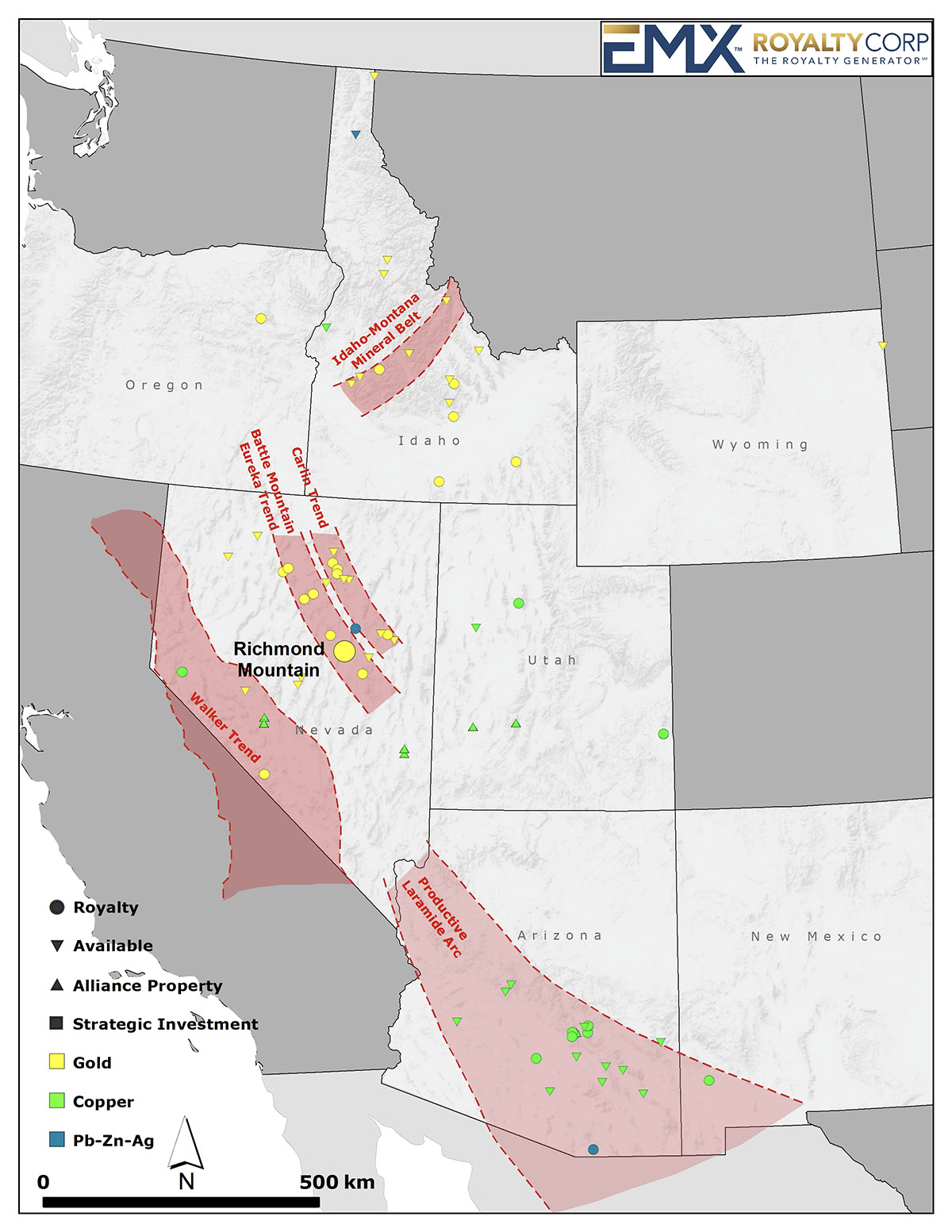