Successive drill campaigns at Akarca have consistently expanded the known extent of the property’s prospects, while identifying new gold-silver mineralization concealed beneath a shallow cover of soil and vegetation.

Ciftay has advanced the project through drilling and metallurgical and engineering studies. Ciftay’s field programs have been suspended since 2019 while awaiting government permit approvals. 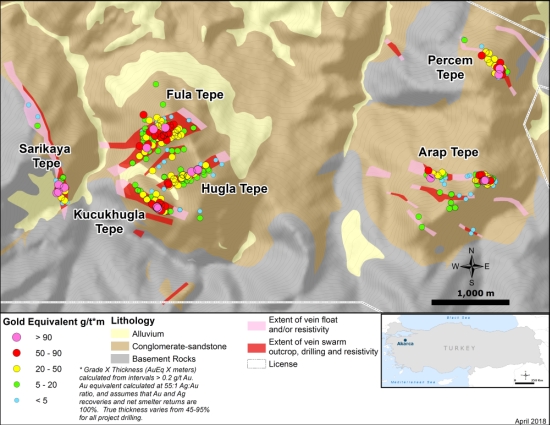 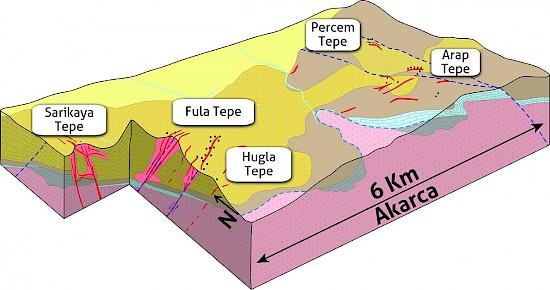